I don't know anything about music, but I do know that John Williams's music is pretty incredible.
Posted by John Coffey at 11:57 PM 0 comments

I saw a shorter version of this on Facebook that starts 38 seconds into it.  I found it impressive.
Posted by John Coffey at 11:27 PM 0 comments 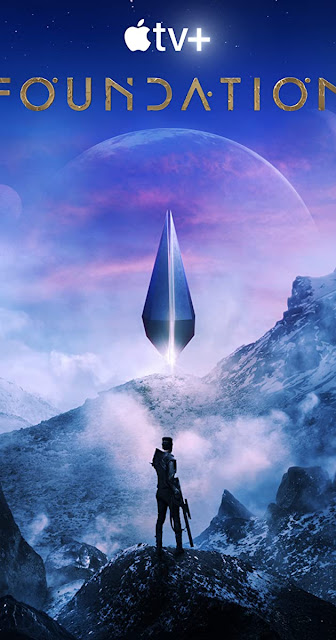 I saw someplace that the Isaac Asimov Foundation series is getting a television adaptation. I feel the same way about this upcoming show that I do about the upcoming Dune movie based upon a series of books by Frank Herbert, who tended to write very weird books. Some books are just not very cinematic, least of all, Foundation and Dune.
Posted by John Coffey at 7:05 PM 0 comments 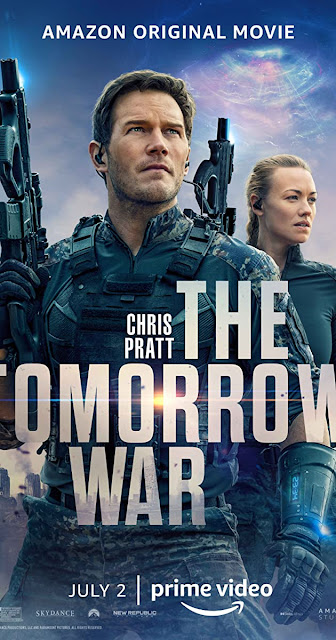 The Tomorrow War is a movie just released on Amazon Prime.
It seems that movies about Time Travel have become increasingly illogical. The rules about time travel get bent in weird ways depending upon which story you are watching. The Tomorrow War feels like it might have a few plot holes or pieces that don't quite make sense. It is essentially a 4 act film, making it feel too long, and the entire last act is questionable.The movie also dwells on personal relationships that the audience will feel mostly indifferent to.Regardless, The Tomorrow War has some intense sci-fi war action sequences. These do get a bit repetitious, but much of this film is thrilling to watch.In terms of story, The Tomorrow War reminds me of "World War Z." That film wasn't entirely logical either, but it was a better made movie.The Tomorrow War has a 52% rating on Rotten Tomatoes. I give it a "B-".
Posted by John Coffey at 10:24 AM 2 comments 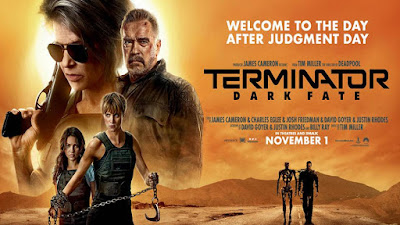 On the surface, Terminator: Dark Fate seems like an example of everything wrong with movie-making in the last five years:  Take a 35-year-old franchise and reboot it with new heroes, most of which are female who seem far more capable than they should be, throw in a few subtle political messages and then make the movie with essentially the same plot that we have already seen.  One critic called the movie "garbage" because the female lead takes down two men twice her size simultaneously in hand to hand combat, as if the laws of physics have no meaning.

Dark Fate is essentially a remake of Terminator II Judgement Day, but not as good.  The movie has heart, but not as much.  It has suspense, but it doesn't achieve the fantastic level of dread that Terminator II did.

However, Terminator: Dark Fate still has much to offer.  It has some of the best action scenes of the entire franchise.  These scenes are not perfect, because they are a bit too frenetic, too dark, and a little over the top, but they kept me riveted to my seat.  The movie also offers a few new twists on the old formula.

It is easier to appreciate this movie if we look at the history of the Terminator movies.

"The Terminator" in 1984 was a great low budget science fiction horror film.  Terminator II took this story to a much higher level and higher budget in 1991.  However, that was the last time the franchise was really great.

Every movie since then has attempted to continue the story while also serving as a reboot that would allow the franchise to move forward.  In this regard, all the previous films failed.  I like the mostly forgettable Terminator 3: Rise of the Machines (2003) and the somewhat better Terminator 4 Salvation (2009), but the movies had mixed reviews and the franchise failed to recapture its former glory.  Then came Terminator Genisys in 2015 that completely flopped.  The story was a dud.

Therefore, since these films are based on time travel, Terminator: Dark Fate continues the story after Terminator II in a way that completely throws away the last three movies.  This is actually a good thing because it is entertaining enough to allow the franchise to move forward again.

The way the movie achieves this reboot might rub some people the wrong way.  There are a number of people who dislike this film.  Therefore, it seems likely to fail as a reboot.  What matters to me is that the movie is plenty entertaining despite a few minor flaws.  This is like Terminator Salvation, which I thought was pretty good, but not everyone liked it as much as I did.

Terminator: Dark Fate has a 70% rating on Rotten Tomatoes.
Posted by John Coffey at 12:03 AM 41 comments