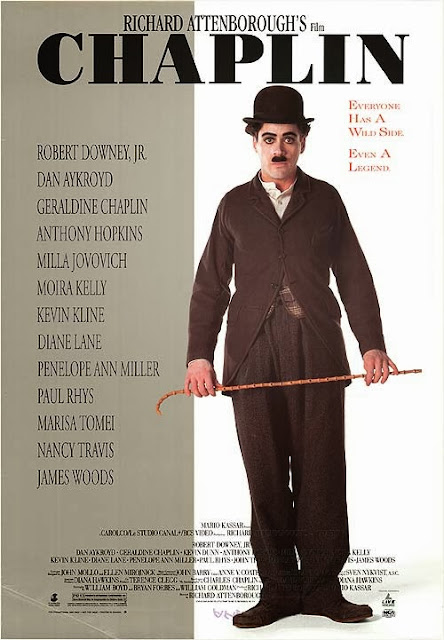 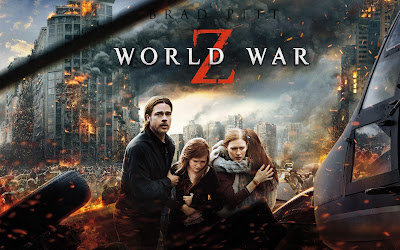 1. Sooner or later in all zombie movies you will see a hoard of zombie-infected humans chasing normal humans. World War Z adds a new twist to this by having some very suspenseful scenes where the healthy humans try to quietly sneak past a hoard of zombies.

2.  Most of the older zombie movies have zombies who shuffle slowly.  The more modern zombies run very energetically after the humans.

3. All the George Romero zombie movies have the zombies resurrect from the dead.  That isn't very believable, so I prefer the alternative idea explored in 28 Days Later, 28 Weeks later, I am Legend, The Last Man on Earth, Zombieland, The Crazies and The Omega Man, where the zombie condition is simply a insanity causing disease, possibly a human form of rabies or mad cow disease that is spread from person to person.  World War Z seems to take both approaches.

4. The zombie condition can be spread to healthy humans, usually through a bite.  This leads to the concept of a Zombie Apocalypse where the zombie disease spreads so rapidly that it quickly overtakes most of the human race.  Most zombie movies are really just post apocalyptic movies.

In some movies, like 28 Days Later, 28 Weeks later, and World War Z, the infected person turns into a zombie in just a few seconds.  Although that is completely unbelievable, it does allow World War Z to have a couple of interesting scenes where a very large crowd of people become completely infected in mere minutes.

5. All the George Romero zombie movies and 28 Days Later explore the idea that despite the Zombie Apocalypse, man's greatest enemy is still the other non-dead non-zombie humans. World War Z does not take this approach. Instead the movie is about the search for the cause of the epidemic.

6. All the George Romero zombie movies have some sort of deep social message, while many of the other movies just focus on action.

7.  Almost all zombie movies have various degrees of gory special effects, some of which are extreme.  World War Z is probably the least gory zombie movie I have seen.

I don't think that World War Z covers much new ground, but the special effects are terrific and movie does such an effective job of creating suspense that it is worth watching.  Despite this, I can find a number of details that I can nit pick:

1.  The opening scene shows a family preparing their kids for school.  The next scene shows the family in a car when the zombie epidemic breaks out.  The very next scene is already nighttime, which doesn't make much sense, so the best I can figure is that the family car scene must have taken place after the kids had returned from school.

2.  Since there are a number of scenes where people are either running from zombies or trying to not get noticed by zombies, this was starting to feel repetitious.

3.  The main character, played by Brad Pitt, does a lot of globetrotting, going from country to country looking for the cause of the epidemic, but he never makes any progress.  Furthermore, the movie states that you would have to find the source of the epidemic in order to treat it, but that is like saying that you couldn't find a way to treat AIDS without first finding patient zero.

4.  The characters come up with a way to camouflage humans from the zombies, which I didn't find very believable, but believability is not a word that I would associate with zombie movies.

5.  Some of the early action scenes seem to be deliberately confusing.

As far as I am concerned, the best zombie movies are...

However, the best zombie related drama might not be a movie, but The Walking Dead television series.
Posted by John Coffey at 12:00 AM 0 comments 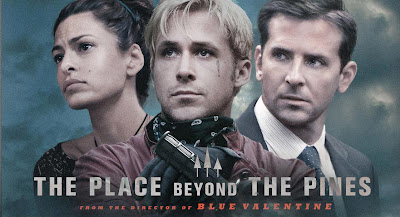 The Place Beyond The Pines is a unique movie because the main character changes about 40% of the way through the film and it changes a couple more times toward the end.  At first this feels like a betrayal toward the audience, because having invested  our emotional interest in one character, the movie asks us to change our interest to someone else.  However, this works because of  nature of story which explores how a criminal act influences the lives of many people.

Telling you more would give away too much.

The movie has a certain real feeling about it because it does not try to the rush the story, but instead lets the characters interact with each other in a casual way that feels authentic.  Some of the entertainment value comes from the mood of the film, although some people might feel that the pace is a little slow.  At 2 hours and 20 minutes, the movie does seem slightly long.

It is likely to be the most unusual movie I will see this year, but I think that it deserves credit for being different.  It also raises all sorts of questions about its meaning and message that left me scratching my head, but the film is oddly engaging in this way.  It is the kind of movie that people will talk about for a long time.

The movie is rated R mostly for frequent strong language and some drug use.  There is minimal violence and no nudity.