Some movies, especially ones involving time travel, come across to me as rather silly.   Nevertheless, if the characters believe the story then so do we, at least for a couple of hours.

Have you watched it yet?  It’s one of those hard to follow stories because of all the alternate timelines involved.

I saw this over the weekend.  Nice movie and very hard to watch crash scene.  It’s more about the pilot being an alcoholic than about flying.  But the flight scenes are pretty interesting.  I clipped the crash scene to YouTube.  http://www.youtube.com/watch?v=_nhxm5QEbYI  I’m sure it will be taken down soon since it has 3rd party content.

Cloud Atlas DVD and Blu-ray release has been pushed back to sometime in Spring 2013. 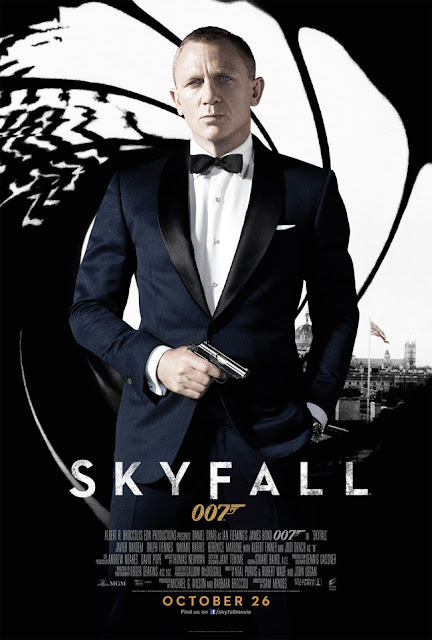 Skyfall is considered one of the best James Bond movies in recent years, but that by itself isn't saying much.  I prefer it to Quantum of Solace, but it isn't necessarily any better than Casino Royale.  This is a no-frills Jame Bond movie, apparently by design, and lacks some of the style, gadgets and attitude that you come to expect in a movie like this.  As a result, it feels a little incomplete.  Instead, the focus is on character study of both James Bond and M, where Bond is portrayed as a man who has gotten a little old for the job and maybe too old fashioned, and M is portrayed in the same way.  This is a James Bond for an aging baby-boomer post-911 generation.

In short, this is a movie about tracking down a rogue agent who wants revenge against M.  One thing that makes a good James Bond movie is is great villain, and Javier Bardem plays about a creepy of a villain as you can get.  But the plot plays like a simple action picture, with minimal style.  The movie started to lose me a little when the final battle takes place at a decrepit Scottish Mansion.  I kept thinking that single drone missile would have ended the battle really quick, but this movie deliberately stays away from the really cool high-tech stuff.  Instead, the film has a schizophrenic personality where it shows us many high-tech computer screens, but not much else in the way of cool technology.

The movie pays homage to the old Bond films by bringing out an Aston Martin DB5, but even this emphasizes the theme of James Bond as an aging hero.