I watched it 4 times now.  It’s a bit too complex to take it all in on the first viewing.  It’s an awesome story.  I’m trying to get the 2-disk Bluray version because they must have extra content maybe a commentary track.

Compared to any movie I’ve seen in the theaters lately and it blows them all away.  Shame on the Academy for totally ignoring it.

Ebert did a review! 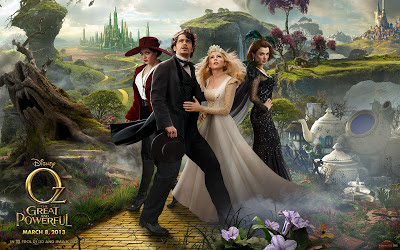 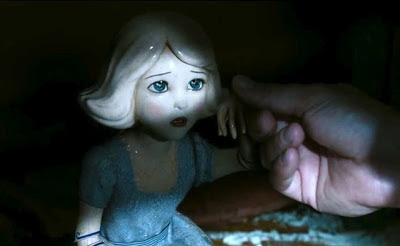 She is damaged and the "wizard" uses glue to fix her which allows her to walk again.  This bookends a scene from the beginning of the movie where a girl in a wheelchair (played by the same actress) asks the magician to help her walk again and he is exposed as a fraud.
Posted by John Coffey at 1:17 AM 0 comments 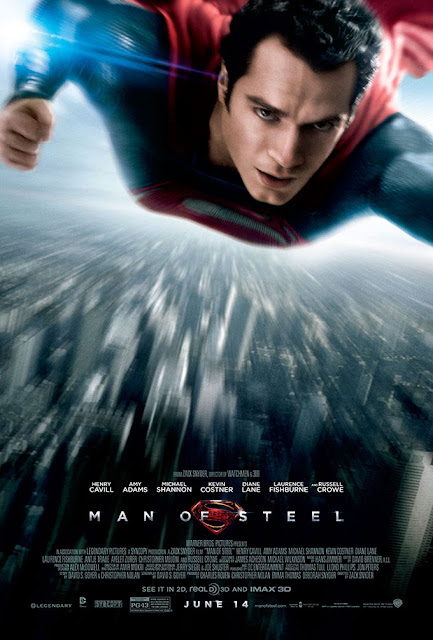 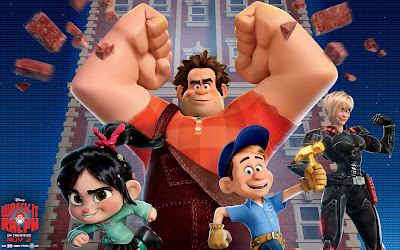 A video game character, Ralph, is tired of being the bad guy in the arcade game Fix-it Felix. He journeys to other arcade video games in an attempt to prove that he can be a hero. In the racing game Sugar Rush, he befriends the sassy Vanellope, who is an outcast because her character is "glitchy." All is not well the in the Sugar Rush kingdom because King Candy is trying to delete Vanellope, who instead should be the star of the game.

The main problem, and the only problem with this movie is the suspension of disbelief.   We are talking about video game characters after all.  How hard or how easy is it to root for a video game character?  How likely are we to believe that a video game character could have a personality and feelings?  On the other hand, how believable was Toy Story?  In that movie we were expected to believe that toys could have personalities and emotions.  The story of Wreck-It Ralph is really not much different than the story of Shrek in that an unlikely hero goes on a quest to do something good.  It also shares qualities with Alice in Wonderland.  What Toy Story and Shrek had going for them was a combination of great characters, interesting villains, great animation, good humor along with some interesting mythology.  Wreck-It Ralph has all of these characteristics in spades although not quite at the same level.

Rather than depend upon a wise cracking donkey for humor, Wreck-It Ralph gets its humor from pop culture references, mostly from classic video games.  This is one place I fear that movie might go over most people's heads, as not everyone is familiar with 30 year old video games.  I wonder how many people under the age of 20 have heard of Q-Bert or Qix?  There are a ton of 1980's video game characters is in this movie, but I happen to love classic video games.  So humor is the one area where the movie could have been a little bit better.  What Wreck-It Ralph lacks in humor it makes up for with good characters and story.

I am impressed that the Konomi Code is part of the story.  (Talk about your pop culture references.)  There is a point in the story where King Candy uses a cheat code to hack the computer program of the Sugar Rush video game.  This is a pretty interesting scene because it is portrayed as going into a deep vault with thousands of connecting pieces of computer code.  This serves to remind the audience that videogames are after all computer programs.

With the fast rate at which technology is advancing, maybe someday computer video game characters will actually be smart enough to have personalities.  This I find easy to believe.  The trend has started.  Already I can have a primitive conversation with my iPhone.
Posted by John Coffey at 10:15 PM 0 comments

http://www.youtube.com/watch?v=3U8pAM4VXvI
Posted by John Coffey at 2:35 AM 0 comments