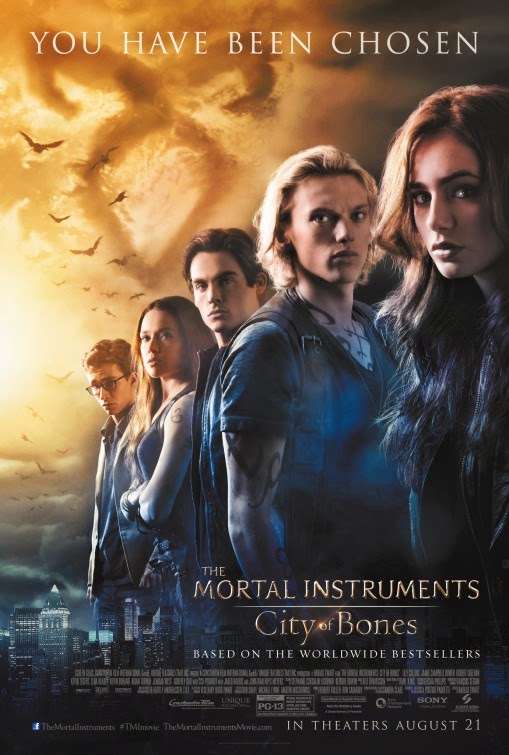 The most common criticism of the movie is that it feels recycled.  The Mortal Instruments: City of Bones garnered only 12% approval on Rotten Tomatoes, but I feel that the movie is not so terrible.   If you like shows like Twilight, Harry Potter, or Buffy The Vampire Slayer, then this is a three star film.  For everyone else I give it two and half stars.  If you hate these kinds of movies, and chances are there are many people who do, then skip it.
Posted by John Coffey at 10:57 PM 0 comments