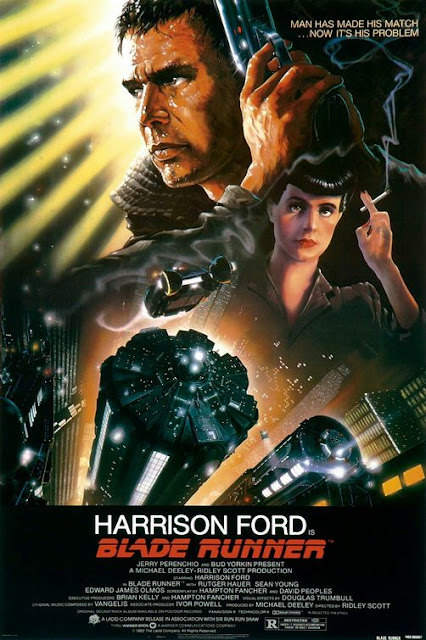 I watched Blade Runner for the third time, having seen the original theatrical version in the 80's, the directors cut in the 90's, and now the Final Cut, which is essentially the same as the directors cut, with some minor changes.

I enjoyed seeing the movie again.   I think that I will watch this movie once every ten years just to see how its predictions compare to real advances in biotechnology.

This was a visionary film for its time, although the center of the film runs at a slow pace trying to set a somber mood.  It is a dark film, both figuratively and visually.  The movie messes with your head with moral ambiguities, but not as well as the book.   I highly recommend the film, but parts of it require patience.

P.S. I always value what Roger Ebert has to say. As usual, I think that he is too hard on science fiction.
Posted by John Coffey at 8:01 PM