https://www.youtube.com/shorts/IehUn3drswo
Posted by John Coffey at 10:51 AM 0 comments

At the end of season 3 episode 7 of The Orville, I heard a new music theme with just a few notes that sounded vaguely familiar.  With some effort, I figured out what this reminded me of.
John Williams is a great composer.  I think that the first half of this theme is wonderful.  However, the second half seems repetitive.  I think that the music is meant to be experienced with the movie.
Posted by John Coffey at 12:17 AM 0 comments

The reviews for Andor are very surprising

Andor is doing something very risky 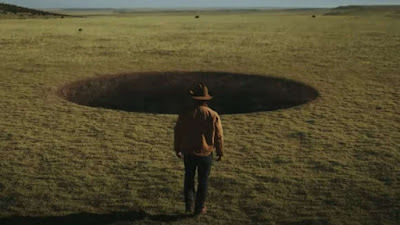 ﻿You can tell the difference between great science fiction, which has many good ideas, and cheap science fiction that usually has just one good idea. I have seen repeatedly the same pattern where a mystery gets presented early on and this mystery does not get solved until the big reveal at the end of the movie, which is the one good idea. A movie that did this really well was the ultra-low budget "The Vast the Night". The problem with Amazon's "Outer Range" is that it takes eight episodes to get to the big reveal, although along the way it gets much mileage out of its mystery. 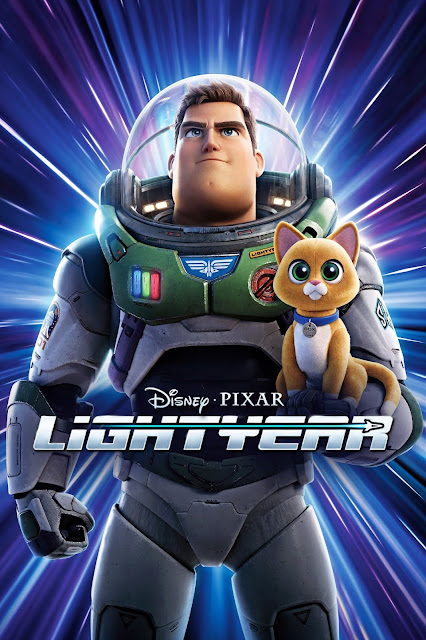 My head is "buzzing" after just finishing the Disney Pixar film Lightyear.  A great deal works in this movie, along with scenes that feel weirdly off, plot holes, very questionable physics, time travel shenanigans, and alternate reality.  It is a little too convoluted for a Disney kid's film and I'm pretty sure that I didn't understand all of it.
The first half of the film made me feel like I was watching a B-movie science fiction in an animated kid's film that wasn't funny, which seemed like a half-hearted effort by Pixar.  However, the real meat takes place in the second half, which has enough action to make a Transformers movie proud.  The net result is a somewhat entertaining movie that is messy.
There is no doubt that the movie looks gorgeous.  The level of animation is almost too detailed for objects that are on screen for like 2 seconds, making me want to see more of the things that just fly by.
The movie has one big Twilight-Zone-like twist that doesn't quite make sense.
The story starts out fairly routine before it eventually ventures into Twilight Zone territory.  Buzz Lightyear is a Space Ranger who accidentally gets his shipmates stranded on a hostile world.  However, the crewmates make the best of their situation, build a habitat that turns into a community, defend themselves from the indigenous life forms, and build an experimental ship in an effort to get off the planet.  Since Lightyear feels bad about that accident that stranded them, he makes multiple failed attempts to break the light barrier in the experimental ship.  Each attempt sends him about four years into the future, which as portrayed in the movie makes no sense.  He watches his shipmates grow old and die as he keeps trying.  When he finally does succeed, he finds himself further into the future than expected, and the community under attack from extraterrestrial robots.  He must band together with the descendants of his former shipmates against this new threat.
Initially, Lightyear does not trust new recruits, trusting only himself, but later feels bad over his own failures.  Circumstances force him to work with a team of pretty inexperienced rookies, which he does not want to do, but he eventually realizes that he cannot do everything on his own.
Rating:  B.
Lightyear is available for streaming on Disney Plus.
The initial reviews for Lightyear said that it was not only a good Pixar film but also a very good science fiction movie.  However, I think that both assertions are debatable.  Nevertheless, with such good reviews, I wanted to see the movie, but I was not quite ready to return to theaters because of COVID.
The movie did poorly at the Box Office, quickly going to Disney Plus streaming, but not because of COVID.  Many conservative voices tried very hard to organize a boycott against the film, and this effort had some success.  The problem was a "lesbian kiss" in what is presumably a kid's film, even though this scene takes about 1 second of screen time and is handled delicately with a married same-sex couple.  I fail to see why this would be an issue in the year 2022 because it represents the world that we live in now.  Most kids are fully aware of these issues.  Nevertheless, prominent conservative voices were vowing to not let their kids see the movie, which is perhaps their loss.
When it comes to controversial issues, science fiction has often been the first to break new ground.  All the way back in 1995, Star Trek Deep Space Nine had a passionate female-on-female kiss, but this made sense within the science fiction story.  Certain shows, like Deep Space Nine, Star Trek The Next Generation, The Orville, and the animated series Final Space, had alien species with either just one gender or alien species that could change gender.
Posted by John Coffey at 1:14 AM 0 comments