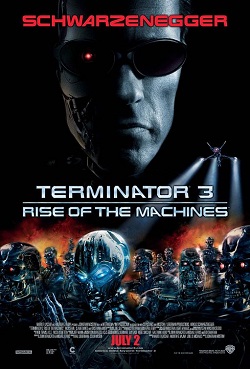 The most useless remake ever ...
https://deadline.com/2020/08/planes-trains-and-automobiles-remake-will-smith-kevin-hart-paramount-john-hughes-john-candy-steve-martin-1203015171/
Posted by John Coffey at 6:10 PM 0 comments 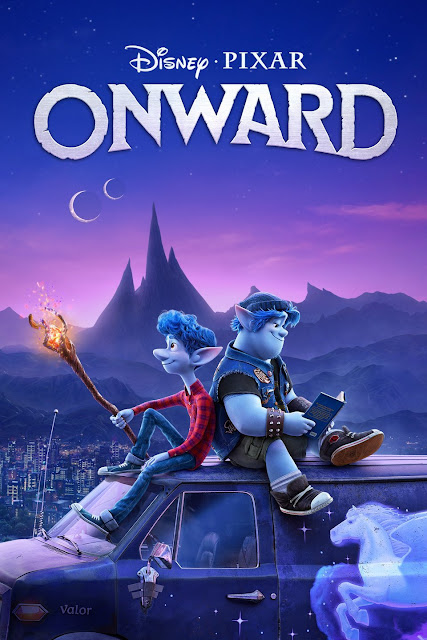 A long time ago there was magic. Magic was used to help people and to make their lives better.  However, magic was difficult to master, and once people discovered technology which was easier, they forgot about magic.

This feels like a world that could have been much more explored, but the movie plays it safe by having all the characters be no different than modern boring humans.  However, that is part of the point, since this is a culture that has lost its heritage.  The movie holds a surprise for us, because what seems on the surface like a three-star film, delivers in a big way with a four-star ending.  This is by no means the best Pixar film, but Pixar can still work a magic of their own.

Our two main characters, both elves and both brothers, go on a quest to find something magical that will bring back their long-deceased father just for a day so that they meet him.  As a result, they discover more about themselves and help their culture regain some of what it lost.

Rating: B+.    I would love to see a sequel where they better explore this world.

P.S. There is much stuff in the trailer that didn't make it into the movie.  This happens sometimes when a movie undergoes many revisions before being released. 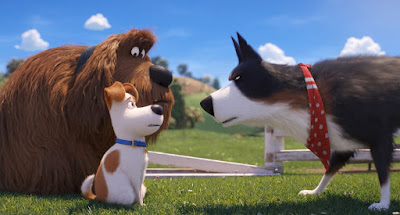 
Rating: B. The Secret Life of Pets II is available on Netflix streaming.
Posted by John Coffey at 10:36 PM 0 comments 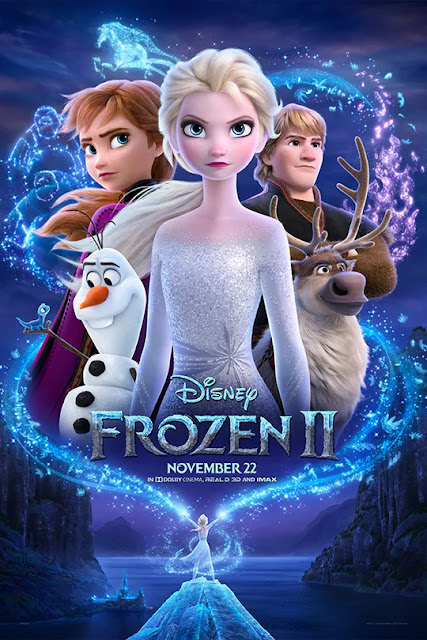 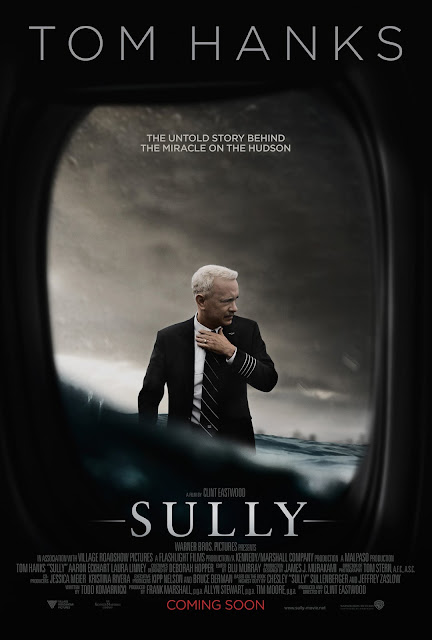 If you are looking for a movie to watch this weekend, then look no further.  Although Hell or High Water would be an excellent choice, my first choice would be Sully.  It is hard to image that Clint Eastwood could have made a better film about "The Miracle On the Hudson" or its pilot, Chesley "Sully" Sullenberger.

On January 15th, 2009. US Airways Flight 1549 Airbus A320-214 took of from New York's LaGuardia airport.  Three minutes into the flight, the plane struck a flock of Canada geese and lost power in both engines.  Four minutes later Captain Sullenberger managed to safely land the plane in the Hudson River.  Fast response by nearby ships and local rescue forces helped save the passengers and crew.

The film focuses heavily on the investigations conducted by the Federal Aviation Administration and National Transportation Safety Board, which initially tried to blame Captain Sullenberger for not returning the plane to the airport.  Meanwhile, the press and the general public were treating Sullenberger as a hero.  Tom Hanks does a marvelous job playing "Sully" as a man conflicted after the crash.

News stories that gain national attention like this one become part of our national identity.  As a result, we feel connected to these events.  Therefore it is easy to feel connected to the film, just like watching movies about 9-11.  These kinds of films are moving, and I am glad that Clint Eastwood did such a good job on this one.

Compared to Hell or High Water, which is so negative in its view of America, it is nice to get an uplifting film about an American hero who saved the lives of 155 people just by doing his job to the best of his ability.

The three movies of the Disney made Star Wars sequel trilogy, episodes 7, 8 and 9, were entertaining enough, but they really feel like a huge opportunity lost to do something better. The movies could have been another Lord of the Rings, or another Game of Thrones, not that I'm a huge fan of either one of these things, but the new Star Wars trilogy had a chance to be epic, but instead, it was splintered into different creative visions that did not mesh well. I had high hopes that there was some master plan that would pull it all together in the end, but the final film pretty much proved that there was none.
The seventh film was largely a remake of the original Star Wars with new younger characters. Although it might have a few new ideas, it doesn't feel very original and its goal was to just evoke nostalgia. This is not how George Lucas made Star Wars movies because every one of his movies introduced new and sometimes controversial ideas and took us to new unfamiliar exotic locations.
J.J. Abrams, the writer and director of Episode 7, reportedly had a master plan in the beginning. Part of the plan involved Carrie Fisher being critically important to the 9nth film, but she died three years before the movie came out, and a year before it went into production. They did manage to use some old footage of Carrie Fisher in the movie. Colin Trevorrow was scheduled to write and direct Episode 9, and reportedly he had some really interesting ideas, but he was fired over creative differences that conflicted with Episode 8, so J.J. Abrams ended up also writing and directing the 9nth movie.
Part of the problem was that a mostly unproven director, Rian Johnson, was given free rein by Lucasfilm to do whatever he wanted in Episode 8, The Last Jedi. It appears that Rian Johnson ignored any plans that J.J. Abrams had, and made the movie that he wanted to make. Rian Johnson admitted that he had no concern for continuity or what came before, and that he was only interested in his own vision. Johnson introduced some news ideas that could have taken Star Wars in a slightly new direction, and I think that this had the potential to be interesting.
However, in Episode 9, The Rise of Skywalker, J.J. Abrams appears to have gone out of his way to disregard everything Rian Johnson did.
The problem is that Episode 8, The Last Jedi, split the fanbase. It was a little inconsistent with the Star Wars that fans were familiar with. Although I liked The Last Jedi a great deal and it is my favorite of the trilogy, at least half the fans hated it with an almost irrational passion. The was a major backlash to the film.
Because of the backlash to The Last Jedi, this created strife between Disney and Lucasfilm. There was an edict issued by Disney that Episode 9 had to please *all* the fans and not just half of them. George Lucas was brought back to act as a script consultant and introduced some of his ideas, but midway through filming Lucasfilm informed Disney that the new film might not please all the fans as they wanted. This caused the parent company, Disney, to put their foot down and demand rewrites and reshoots.
What we got with Episode 9 feels like it is too crammed full of crowd-pleasing moments. The story proceeds at such a frenetic pace that the audience doesn't have time to notice that much of the movie doesn't make logical sense. I think that the last act is way over the top. The problem is that movie is very entertaining just so long as you don't think about it too much. This might explain the critic score of only 52%.
Posted by John Coffey at 12:18 AM 1 comments