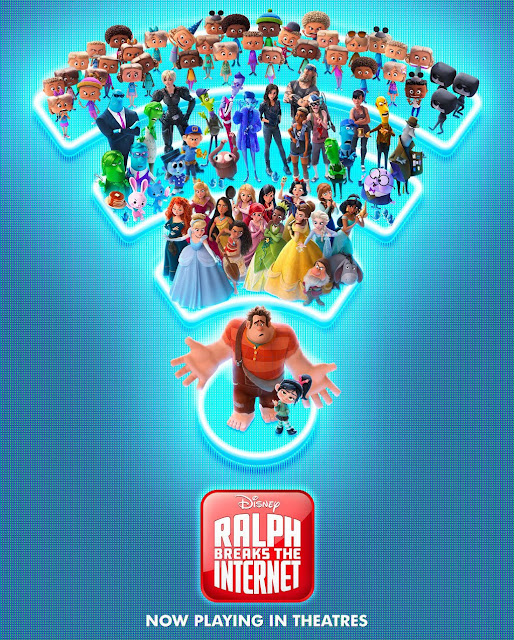 Ralph Breaks the Internet, the worthy sequel to the 2012 Wreck-It Ralph, is like one of those giant Cinnabons that they used to sell in malls.  It is big, sweet, slick as all get out, and it feels like it is only made from three ingredients.  In the case of the movie, the three ingredients are friendship, technology, and the dangers of technology.  The film intelligently hits themes that are current as ever regarding the internet and the dangers that lie within, while deliberately not being too deep nor scary because of the movie's target audience.   Although at times I felt like it could have been a little smarter, Ralph Breaks the Internet achieves a balance that both children and adults can enjoy.

Whereas the first movie relies heavily on nostalgia for the golden age of 1980's arcade video games, the sequel gets all modern for the age of the internet and 3D gaming.  If another sequel gets made six years from now, maybe it will be about virtual reality, which is where gaming is now headed.

Both Wreck-It Ralph and Ralph Breaks the Internet live in a universe where arcade video game characters have lives of their own, and the characters from different games can interact with each other through the power circuitry that connects all the games.  This notion of electrical power as a computer network is a bit odd, but it works because this is just a movie.  If you have seen the trailer, then you know that a crisis develops when Vanellope von Schweetz's game, Sugar Rush, gets its steering wheel broken and the owner of the video game arcade plans to sell the machine off for parts.  Ralph develops a plan for the two video game characters to journey to the Internet to find a replacement part and save the arcade game.  What could possibly go wrong?  Just about everything, including a venture into the "dark web" that has some serious consequences.  There are lessons to be learned here, which will likely go over the heads of the younger audience members.

The computer animation is top notch.  The story is better than I expected, and the jokes are just good enough to make you laugh a few times. 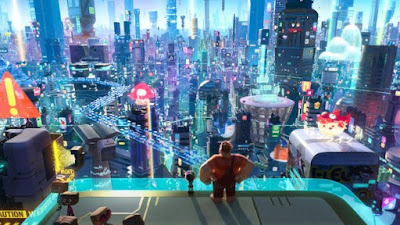 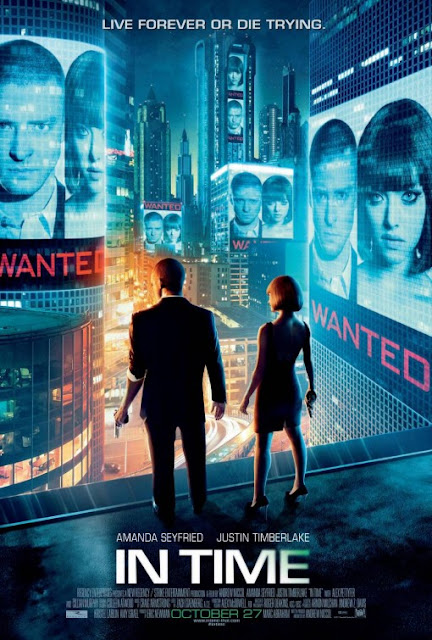 I had a sense of déjà vu, and this could be a deliberate homage to the previous film.
Posted by John Coffey at 10:14 PM