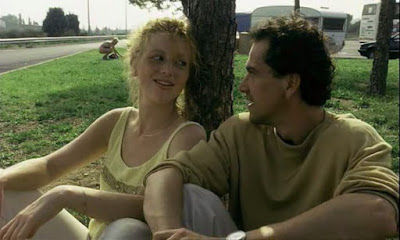 The Vanishing is a 1988 French-Dutch psychological thriller about a man, Rex Hofman, obsessed over the disappearance of his girlfriend at a rest stop while they were on a trip together to go cycling in France.  The director, George Sluizer, also did a 1993 English language remake starring Jeff Bridges, Kiefer Sutherland, and Sandra Bullock, but despite the big names, that version got terrible reviews.  The original has a 98% rating on Rotten Tomatoes, which is why I chose to watch this version.

Much of the movie creates tension in not knowing what happened.  Bernard-Pierre Donnadieu looks sufficiently creepy to be the villain, Raymond Lemorne, although the movie spends too much time showing us his private life where he seems perfectly normal.  In the third act, Raymond confronts Rex and tells him that he will reveal what happened to his girlfriend provided that they go on a trip together. 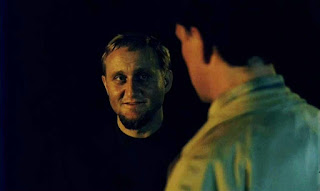 This is where I have a problem with the story, because nobody in their right mind would get in a car with a sociopath.  However, Rex is desperate to know what happened and reluctantly agrees to go.  From this point on I think that the movie fails to follow any kind of real world logic, but the suspense and the performance of the actors makes it worth watching.

Roger Ebert gave the movie three and a half stars.