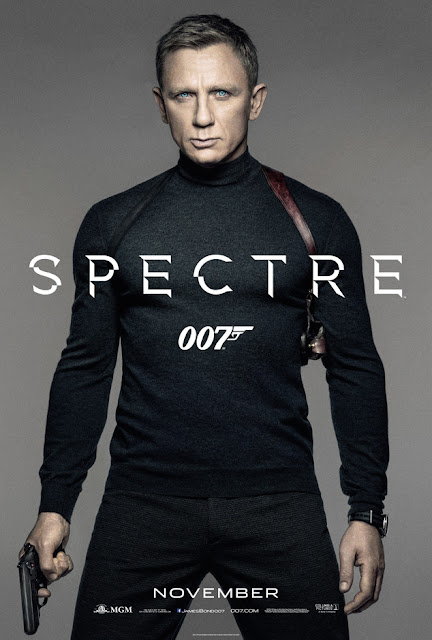 Spectre has something that the three previous Daniel Craig James Bond films didn't have, which is style.   It is reminiscent of the early Bond films.  Still, I felt like something was missing.  Daniel Craig has lost that taut look that make him believable as trained killer.  In certain shots his face looks a little flabby, like he has put on a few pounds.   Add this to his humorless, joyless, apparently unenthusiastic performance, then he didn't seem completely believable to me as James Bond.

I have other problems with believability with the movie.  There are a couple of chase scenes that are exciting, but a little over the top.  In addition, mid way through the movie, James Bond decides to travel to the Blofeld's lair knowing full well that is going to be tortured and killed.  How believable is that?

However, Christoph Waltz shines as Blofeld.  Mr Waltz has a face that looks oddly different in a disconcerting way.

Despite my complaints, this is my favorite Daniel Craig James Bond film.  I liked it better than Skyfall which was completely devoid of style.  Spectre ventures a little back into early James Bond territory with gadgets, cool cars and entertaining villains.  The movie does not fully recapture the glory of James Bond, but it makes a good effort.