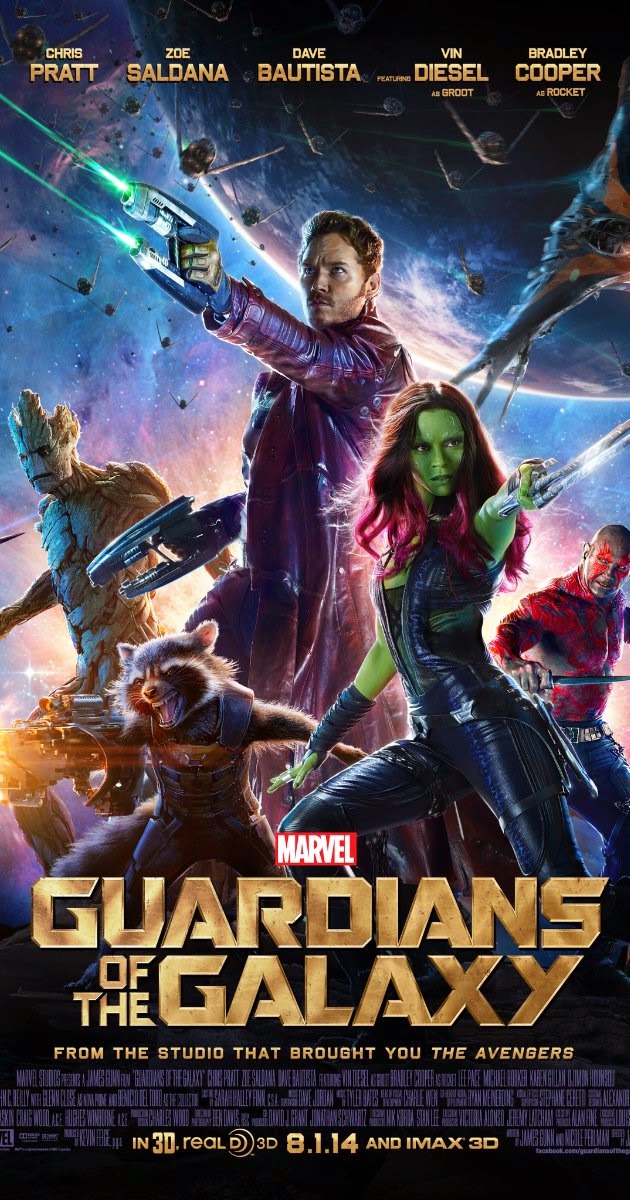 Guardians of the Galaxy has a 90% rating on Rotten Tomatoes.
Posted by John Coffey at 10:38 PM