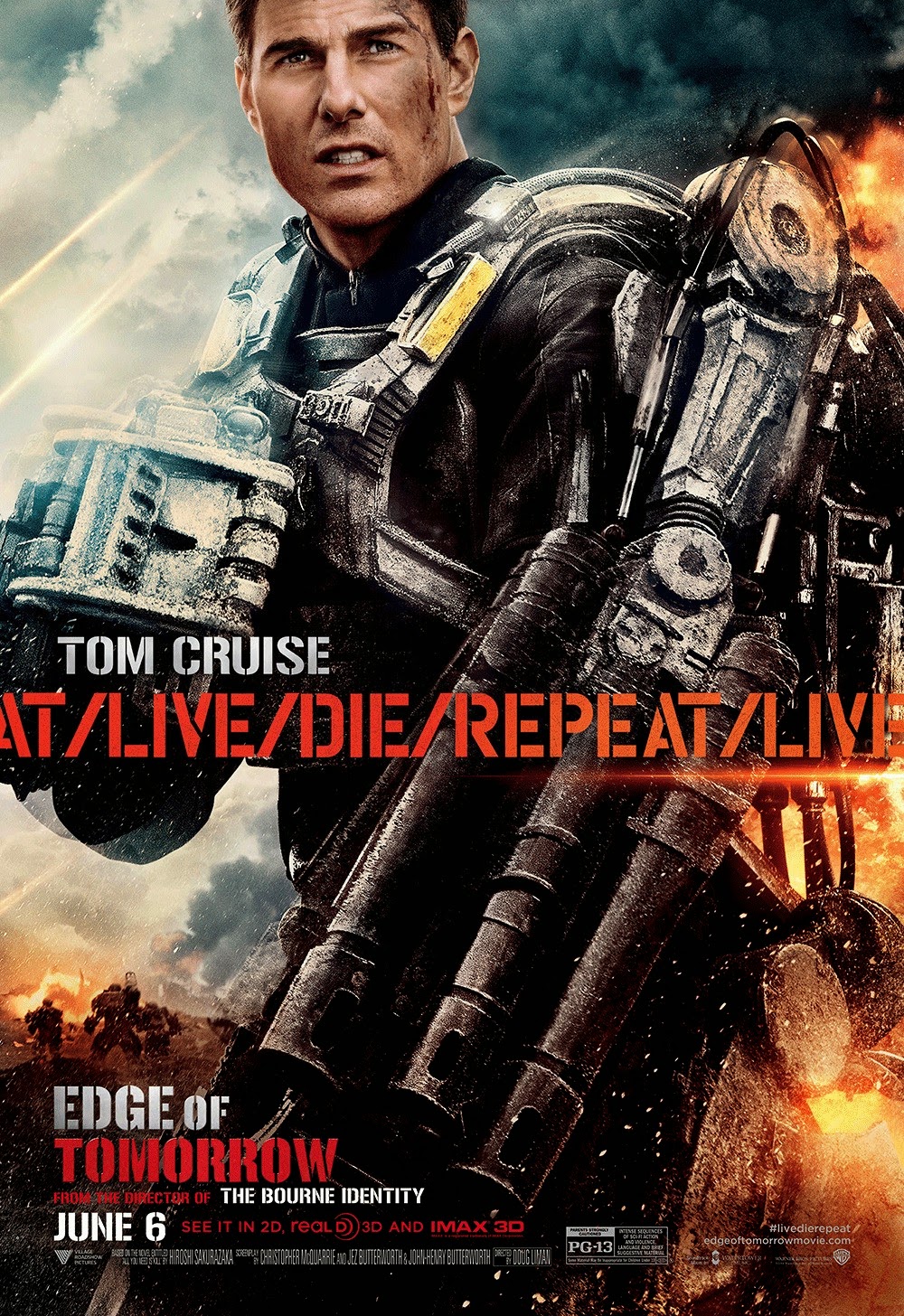 I don't usually watch movies in the theaters unless I think that it is going to be something special.  The audience is already familiar with the "time loop" concept that first appeared in Star Trek The Next Generation and later in the movie Groundhog Day, so what the film has to offer that is new is a whole bunch of special effects laden action sequences and the charisma of Tom Cruise, which he seems to have in spades.  The reason the movie doesn't feel so special to me is that the entire movie is all action with a few Groundhog Day twists and a barely budding romance.

Actually I think that I am stuck in a time loop where I keep seeing movies with recycled plots and pointless remakes.
Posted by John Coffey at 10:06 PM