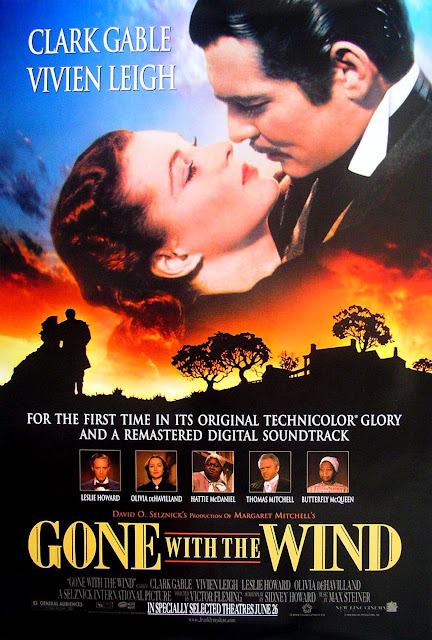 
This is an epic film with a fantastic musical score and great cinematography.  Although the movie might be true to the novel, I think that it could have been more than just a romance picture.  The best part is the first 2.5 hours that deals with historical events, so it is too bad that last hour seems almost pointless.
Gone With the Wind Trailer.
Hattie McDaniel Oscar Acceptance Speech.
Vivien Leigh accepts her Oscar.
Butterfly McQueen (worth a look!)
Posted by John Coffey at 11:31 PM