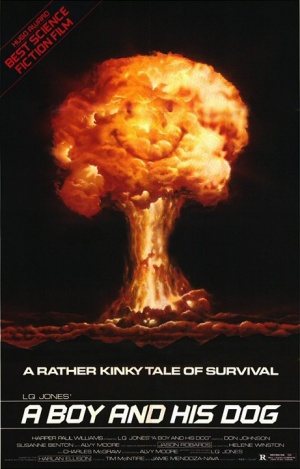 This movie is not going to appeal to most people.  The 1975 trailer (which is worth a look) refers to the movie as "a rather kinky tale of survival."  The somewhat misogynist ending turned off some critics.  But if you like science fiction, or survival films, or post apocalyptic movies, or Mad Max films, then this movie might appeal to you.  I found the first 30 minutes to be rather slow, but I liked everything after that.  The movie is available on Netflix streaming.
Posted by John Coffey at 6:23 PM