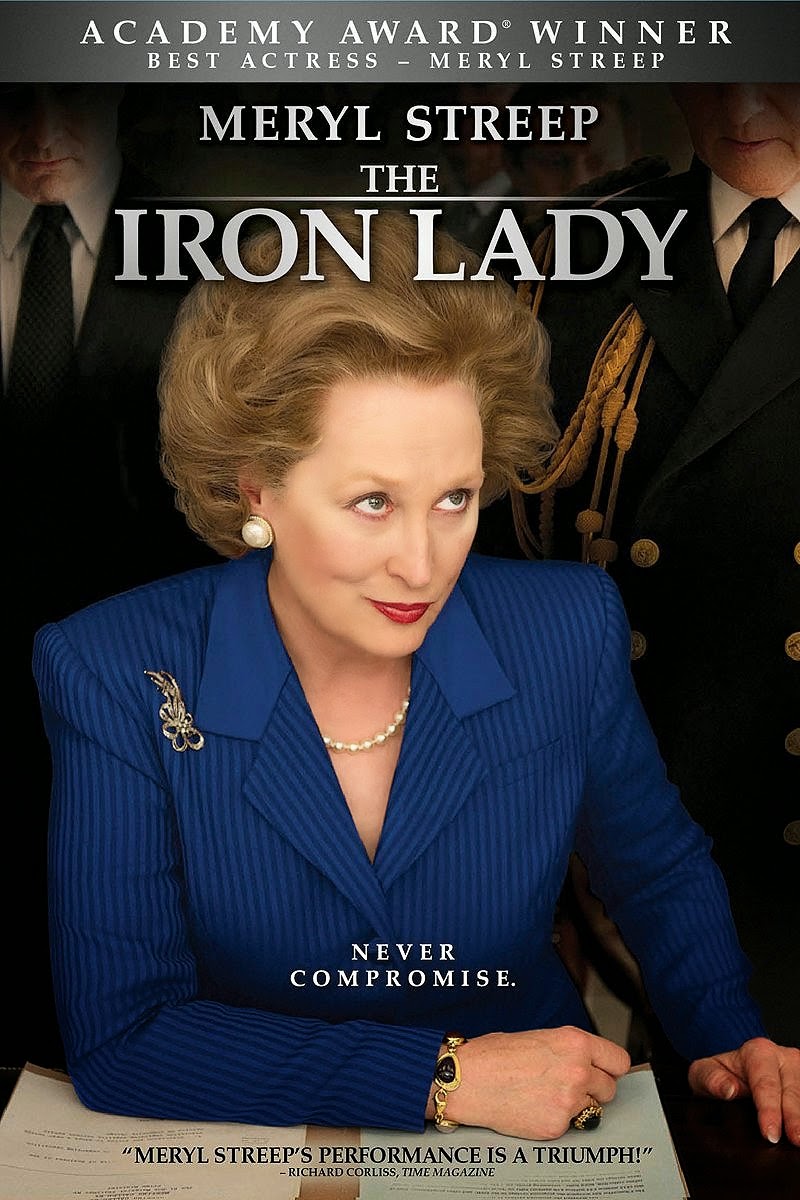 So splendid is Meryl Streep's Oscar winning performance as Margaret Thatcher that you just want to love this movie, or more specifically Meryl Streep, but the movie fails you because it has nothing good to say about Margaret Thatcher.  Imagine, if you will a movie about Ronald Reagan that spent two thirds of its time on his Alzheimer's disease and the remaining time on the least popular aspects of his presidency.  You wouldn't get a complete picture of the former president and you wouldn't get a film that acknowledged any of his accomplishments.  I kept waiting for this film to have something uplifting to say about Margaret Thatcher, and it just doesn't.  This is a pretty well made movie that has no sympathy for its main character.  It plays more like a Greek tragedy about a fallen hero who was flawed to begin with.

Margaret Thatcher's free market policies were so divisive in Great Britain that immediately after she died there was an organized campaign to make Ding Dong The Witch is Dead the number one song downloaded on iTunes.
Posted by John Coffey at 2:23 AM