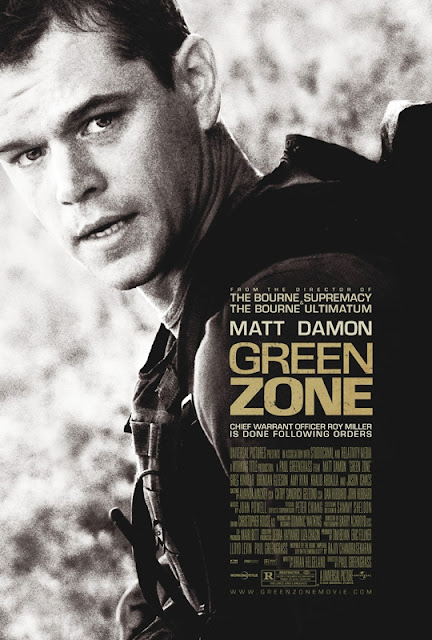 The Green Zone seems like a dumb movie to me because it is about a fictional conspiracy involving a fictional informant who fabricated evidence about the Weapons of Mass Destruction that lead to the 2003 invasion of Iraq.  So if you are going to make a movie about the false reasons that we went to war with Iraq, then why not make it about the real story, instead of giving us a simplistic fake one?  I am concerned that some people are going to think that they are watching historic events..

The real reasons that we went to war were complex, involving a great many sources, including Russian, British and CIA intelligence, all of which were in agreement with each other.  We later found out that one of the key informants had lied, but that fact alone might not have stopped us from going to war had we known.

The only reason that I can recommend this movie is that it works as war action picture.  The movie gives us some sense of what it must be like to be a soldier in Iraq.
Posted by John Coffey at 10:55 PM