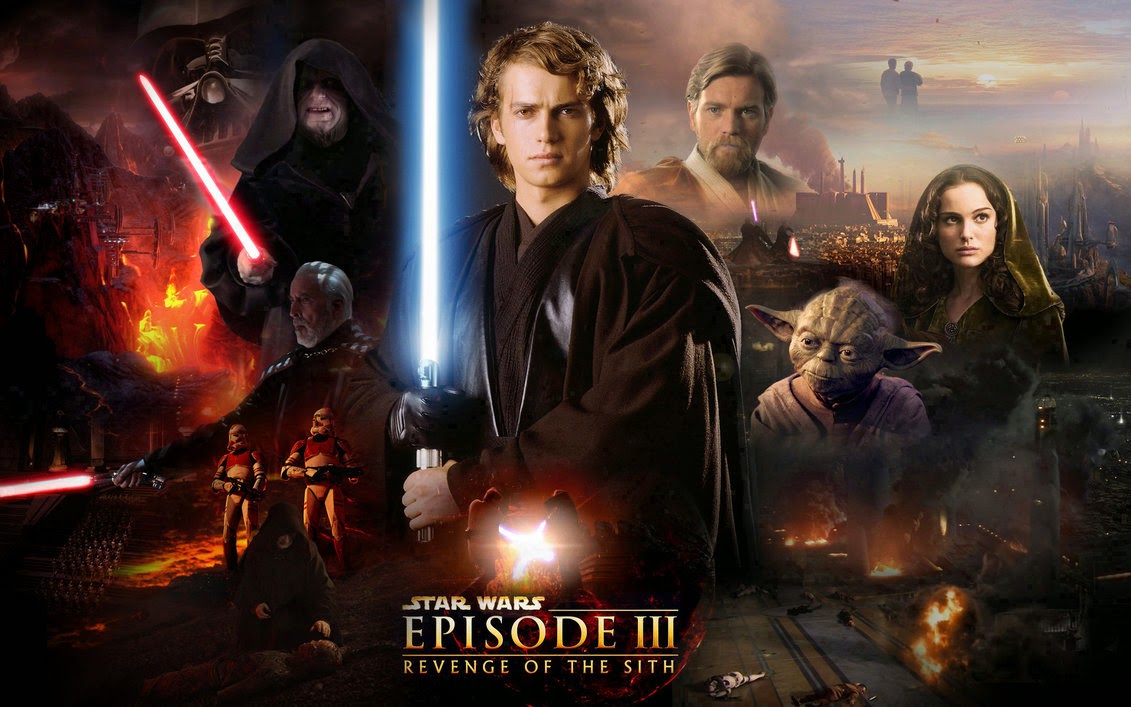 You can read my original review here.

When the first Star Wars trilogy was released from 1977 to 1983, there was much that we learned about the back story from the movies and other sources.  We know that Obi-Wan Kenobi was a Jedi Master who had an apprentice named Darth Vader.  We know that Darth Vader betrayed the Jedi, which contributed to the fall of the Old Republic and helped give rise to the Galactic Empire, which maybe has some allusion to the history of the Roman Republic becoming the Roman Empire.  We know that Vader is a Sith Lord and was influenced by the Emperor.  We know that Obi-Wan injured Vader in such as way that Vader has to live in a life-support suit or else he will die.  We also know that Vader was once named Anakin Skywalker, is the father of Luke Skywalker and Princess Lea, and may have at one time been a good person before he turned to evil.

So 22 years after Star Wars Episode VI: Return of the Jedi, the sixth movie in the series, Star Wars Episode III: Revenge of the Sith, tells us a story that we have heard before.  The difference is that the prequel trilogy, consisting of episodes 1 through 3, fills in the details about how all these events came into being.  Unlike the original trilogy, we know how all the story is going to end.  It is like watching the movie Titanic; The ending is not a surprise because we already know that the ship is going to sink.

So despite our familiarity with the story, is the prequel trilogy worth watching?  Most definitely.  This is story telling on a grand scale and a critical part of the most epic movie series made to date.

Unlike the other Star Wars movies, this film seems to be completely devoid of sentimentality, except maybe at the end when we see the fate of Luke and Lea.  This is probably the intent because the movie is a tragedy.  It is about a man's descent into hell.  Nevertheless, the movie's emphasis seems to be on action, which is quite spectacular, but left me feeling less emotionally connected to the movie.  What emotion I did feel came from the events of  the last third of the film, which are all very sad.  Near the end there is an incredible scene of Obi-Wan and Anakin Skywalker fighting, but what comes across most is that these two men, once allies and friends, are trying very hard to kill each other.

The movie plays like a warning about how war, violence and evil can change a civilization and its people, and lead to their downfall.

I think that the plot has a few minor logical problems, like how easily and completely Anakin turns to the dark side of the force, why Obi-Wan didn't go with Yoda to fight Palpatine, and why Obi-Wan and Anakin didn't burn up while fighting each other on the volcanic world of Mustafar.