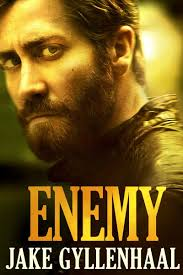 ﻿
I have witnessed a few movies whose meaning is so cryptic that they require some deciphering and maybe an internet search to figure what the movie is suppose to mean.  One of my favorites is Mulholland Drive which I did not figure out until about 5 minutes after I finished the film.  Another related David Lynch film is Lost Highway which is so weird and so creepy that it required an internet search to understand its meaning.  Unfortunately, Lost Highway is a bit of a bore.  Both movies are heavy in adult themes and depressing as all get out.

There was also Stay, which is a psychological thriller that is also highly depressing and completely puzzling, until the ending, which is so kind to explain what is really going on.  Still, I think that some of the audience might not understand it.  The film is interesting, but the movie is such a downer that after watching it I immediately bought a ticket to Wallace & Gromit: The Curse of the Were-Rabbit just so I could watch something more uplifting.

Then there is Enemy, which probably cannot be fully understood without an internet search afterwards.  This is an interesting film because you will spend the entire movie trying to understand its deeper meaning, but fail.  The final scene comes as a shock and the movie abruptly ends without any explanation and you are left wondering if the filmmakers give a crap about the audience?  When you do go online and read what the movie is suppose to mean then you might be scratching your head as to  how the filmmakers expected the audience to figure this out from what was presented in the movie?

But the movie is entertaining because it follows a string of events that keeps the audience in suspense.  It starts with a rather dull college professor who discovers that he looks exactly the same as a movie actor.  He becomes irrationally obsessed with this actor and goes to extreme measures to try to meet him.  From there events only get weirder.

Being cryptic is not the same as being brilliant.