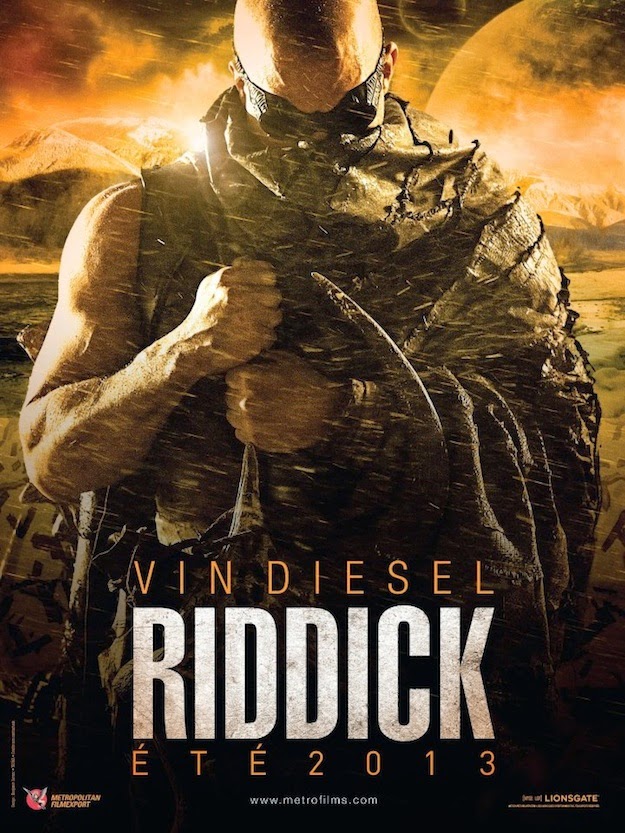 Riddick is a dangerous escaped convict left for dead on a very hostile planet.  His only hope of rescue is to get bounty hunters to land on the planet and chase him.  Riddick is a very resilient character who finds clever ways to survive, but he also does things that seem physically impossible.

Riddick is the third movie in the Pitch Black/Riddick series, and as such it combines the best elements of the first two films.  The story might seem slightly familiar to anyone who has seen the first movie, Pitch Black, but the movie is a very interesting survival film that likes to triple down on danger.  After Riddick's situation seems almost hopeless, the writers seem to ask themselves how can they make his chances of survival even worse, and then they devise ways for him to get out of it.

The movie stands on its own pretty well.  You would not have to have seen the first two films to watch this one.
Posted by John Coffey at 10:50 AM