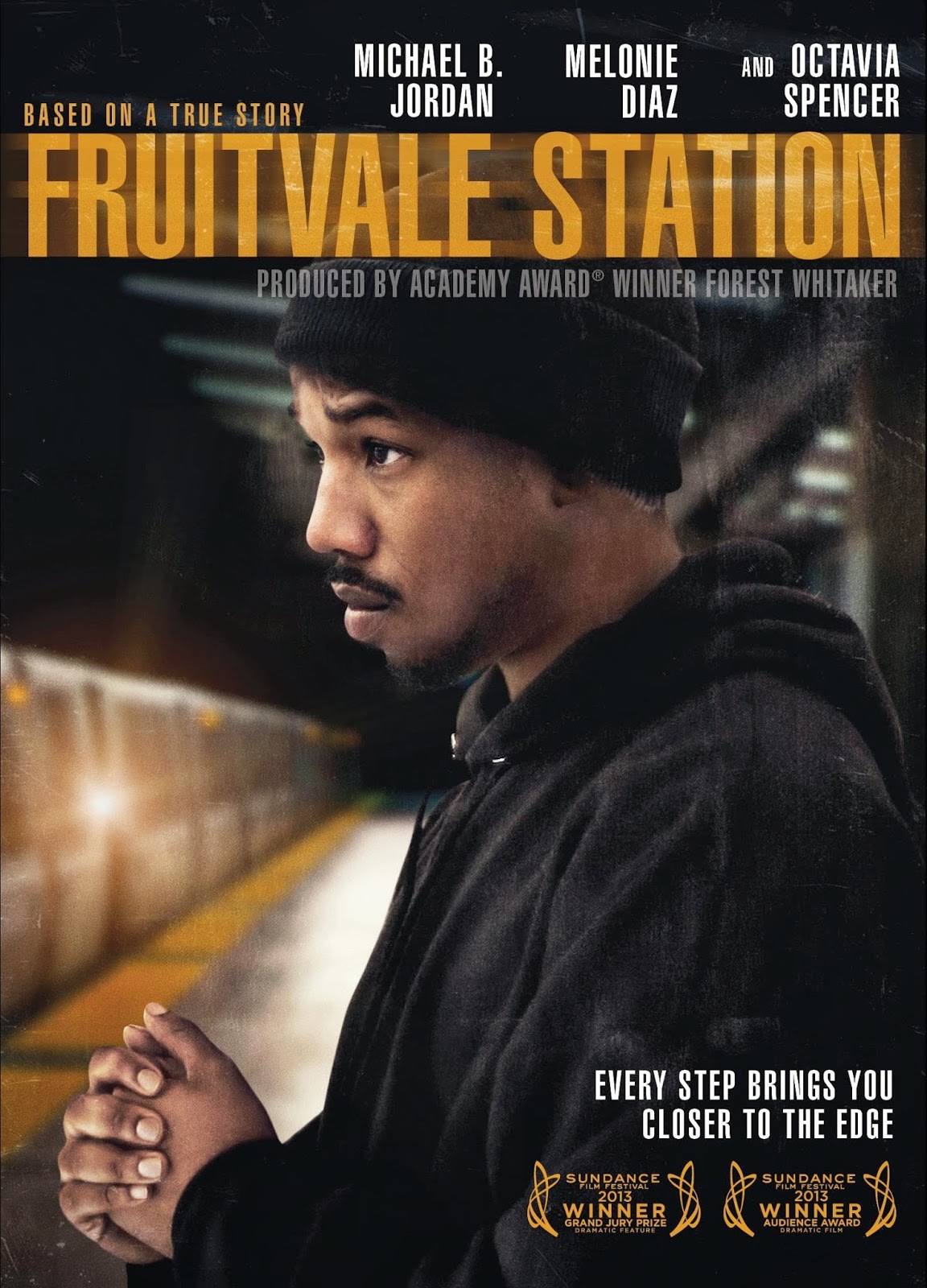 In the very early morning of January 1st, 2009, Oscar Grant III was fatally shot by transit cop Johannes Mehserle at the Fruitville Station in Oakland, California.  This followed a fight on the BART train after which the police tried to detain several suspects.  Oscar Grant was likely resisting arrest.  The scene at the BART station was chaotic, possibly bordering on a riot.  Johannes Mehserle claimed that he thought that he was reaching for his Tazer, but accidentally grabbed and fired his gun instead.

This incident lead to protests, riots, a conviction of Mehserle, and multiple lawsuits.

The movie Fruitville Station portrays the last 24 hours of the life of 22 year old Oscar Grant.  Oscar Grant is portrayed as a former convicted drug dealer, and a father, who was trying to get his life back on track.  He is shown in a loving relationship with his mother, his girlfriend, and his daughter.  He tries to get  his old grocery store job back, but fails.  Desperate, he sets up a drug deal, but then backs out.  He celebrates his mother's birthday on New Year's Eve 2008, and then travels with friends to see fireworks in San Francisco.  During the return trip on the BART train, he is attacked by a former prison adversary, and then is detained by police at the Fruitville station.  While resisting arrest, the unarmed Oscar Grant is fatally shot.

The movie has a couple of weakness in that it portrays Oscar Grant only in a positive light, and any story about 24 hours in an individual's life is going to be light on plot and somewhat meandering.  What is great about the movie is that it gives a really good sense of what it must be like to be a young black man trying to survive under difficult circumstances.  The message of the movie can be considered a referendum on all people living under similar conditions.
Posted by John Coffey at 1:47 PM